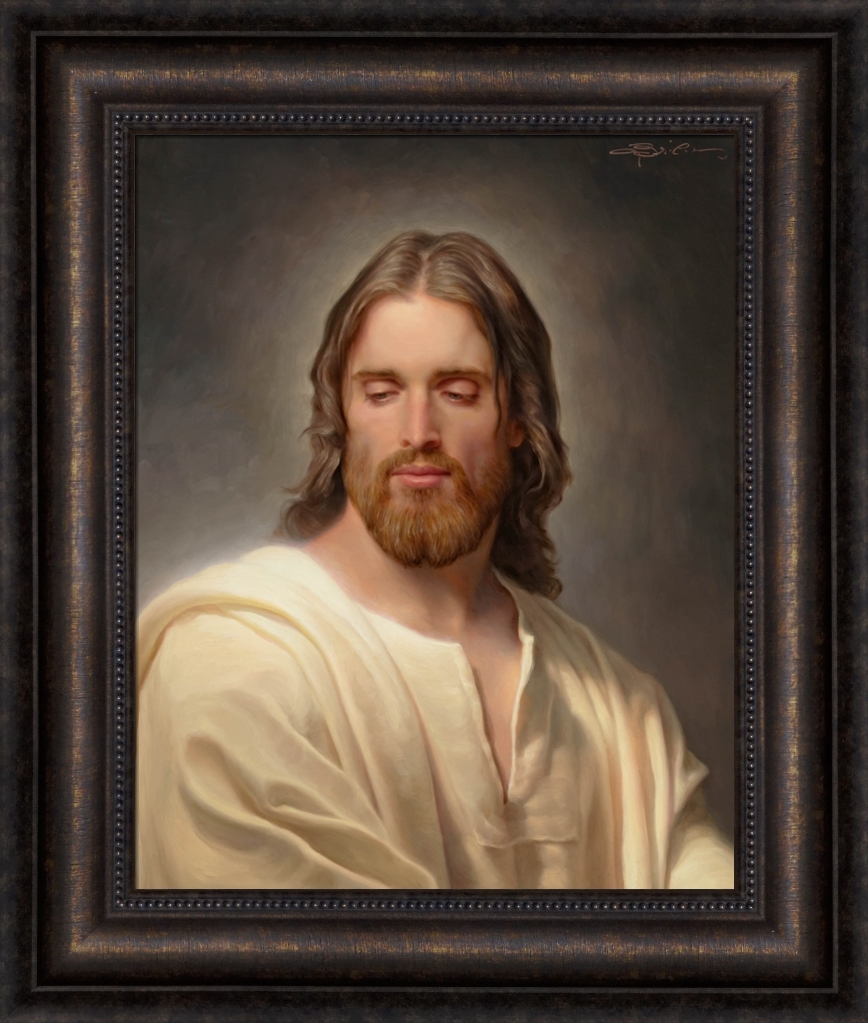 His name shall be called Wonderful, Counsellor, The mighty God, The everlasting Father, The Prince of Peace. -  Isaiah 9:6

The Hebrew word “Messiah” and the Greek word “Christ” are both given to Jesus and both mean “the anointed one.” This title indicates His royal nature (anciently a king was anointed when crowned) and His submissive nature (sacrificial lambs were anointed before being offered upon the altar of the temple). In this painting, Christ is shown anointed by light, accepting the Father’s will as the Lamb of God to be sacrificed for the sins of the people, and equally, being crowned Lord of lords and the King of Israel. Thus the light represents both God’s will and God’s glory, which we cannot accept separately, and which Christ has shown perfectly how to accept both. - Joseph Brickey