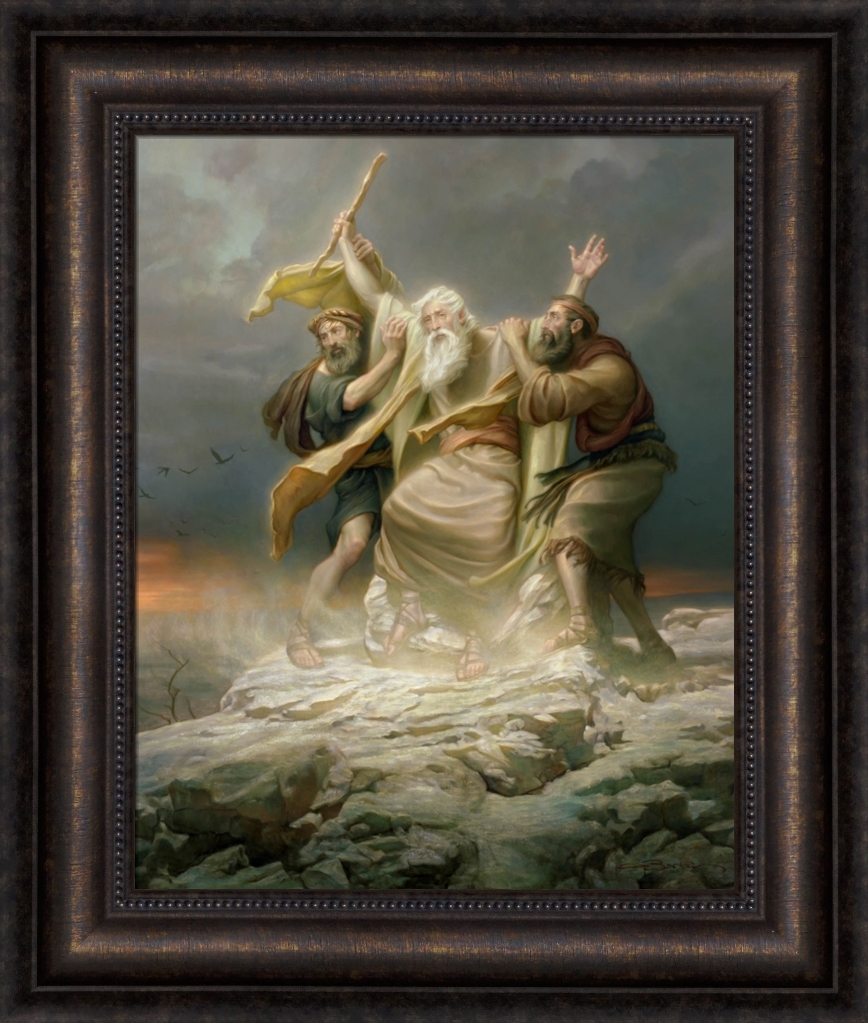 Amalekite armies have come against Israel, and the eighty year old Moses is not merely watching.  Accompanied by Aaron and Hur to a hilltop vantage, he influences the outcome of the battle, for he is God’s prophet.

“And it came to pass, when Moses held up his hand, that Israel prevailed: and when he let down his hand, Amalek prevailed.  But Moses’ hands were heavy; and they took a stone, and put it under him, and he sat thereon; and Aaron and Hur stayed up his hands, the one on the one side, and the other on the other side; and his hands were steady until the going down of the sun. “  (Exodus 17:11-12)

The Amalekites were ruthless enemies of Israel’s God. Driven by unbending hatred and relying on superior numbers, they supposed they would destroy Israel’s people.  They remind us of others who arise in history and in our time, seeming to have the upper hand.  It always turns out, however, that the hands of the Lord’s people, though weary, are lifted up.

The hill, a place set apart and above the fray, can symbolize a place removed from the commotion.  Here, as in the holy temple, one can receive divine power and communion. The stone upon which Moses was placed is reminiscent of the Rock of our Redeemer, a sure foundation in unsure times.   Aaron and Hur are united with Moses, their arms at a right angle as a metaphor for how we sustain the prophet.  In this action they stand one before God, all receiving power from on high. - Joseph Brickey