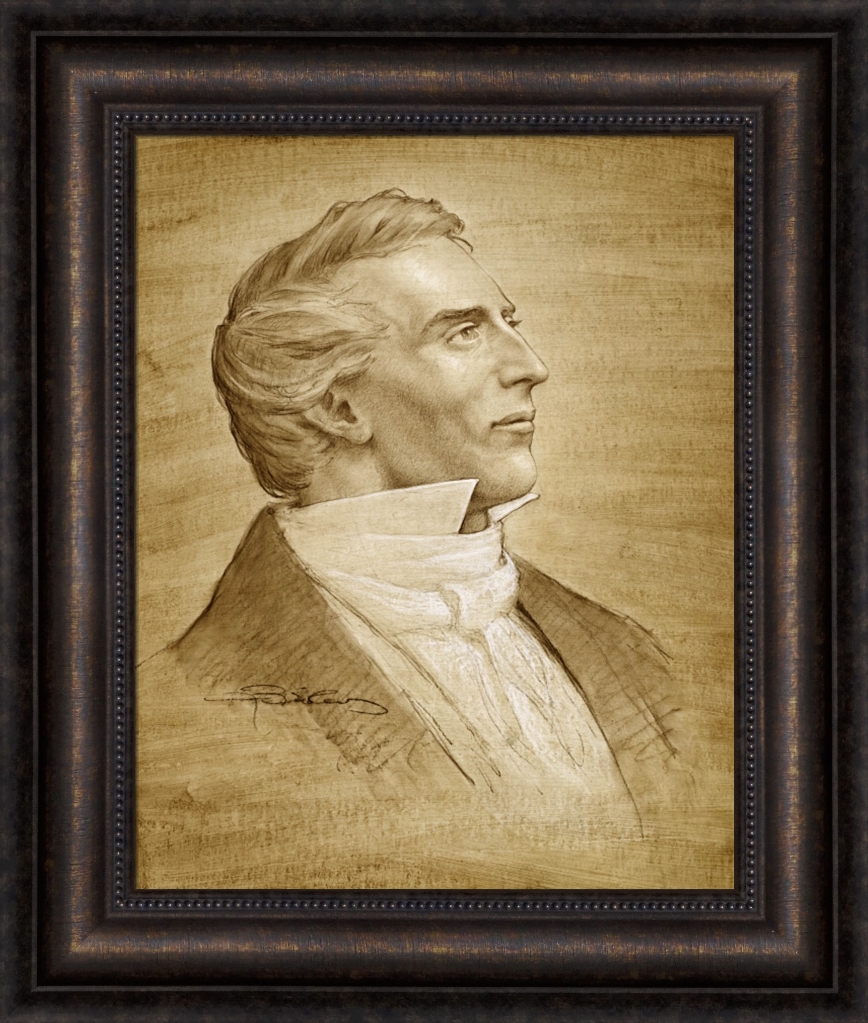 An observer described Joseph Smith as follows: “Six feet tall, about 200-210 pounds, athletic build, heavy in the shoulders, light complexion, light brown hair, piercing blue eyes. A military bearing and distinguished appearance. A rugged outdoorsman, he delighted in hard, physical work and enjoyed sports such as wrestling, playing ball, jumping at a mark. His countenance was mild, affable mingled with a look of interest and an unconscious smile, a magnetic personality. People instinctively like him because he instinctively liked people. He was solemn in sacred moments, yet showed wit, a love of music, poetry and drama and had a hearty laugh.”- Joseph Brickey: